Please Note: We will begin renovations and expansion to our space in January, 2020 and are no longer accepting bookings until further notice. 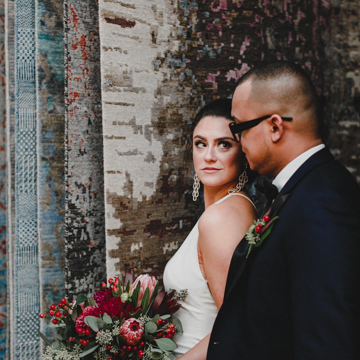 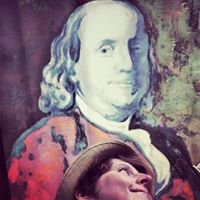 Wide Eyed Studio
Contact: Ashley E Labonde, Visual anthropologist and photojournalist based in Philadelphia who specializes in life events and visual storytelling.
About: Based just outside of Philadelphia, I’m always ready to travel. I’m usually up for anything, interested in everything, and willing to break a sweat to ensure what you love is documented extraordinarily.  I specialize in life events and visual storytelling; I’m interested in creating something real for you.  Vibrant, honest images with emotional impact.  The weird, the wild, and the whimsical are all my forte. I love adapting my sight to a new situation and learning about someone else’s story.  I work and play well with others.  I like to push myself, to learn and to grow from my peers with their different perspectives and backgrounds.  I love the challenge of photographing new and unconventional subjects and the thrill of an unknown shooting environment. My life feels like the ocean; I rise, I fall, I am alive, and there is a tide that pulls at my heart saying “create”.
Website: www.wideeyedstudios.com/
Email: ashley@wideeyedstudios.com
Tel: 978.239.6424 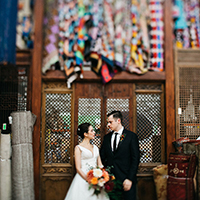 Peach Plum Pear
Contact: Inna Spivakova
About: Peach Plum Pear Photo is a small wedding studio that offers highly personalized services to fit your specific needs. I am Inna, the studio owner and photographer behind Peach Plum Pear Photo. I would love to use my experience, skills and passion for photography to help you preserve beautiful memories from your wedding day. My style has a photojournalistic edge, with a focus on creative portraits in natural light and attention to documenting beautiful details. I am located in Philadelphia, PA and am available for (and enthusiastic about!) destination weddings.
Website: http://peachplumpearphoto.com/
Email: inna@peachplumpearphoto.com
Tel: 215-834-0549 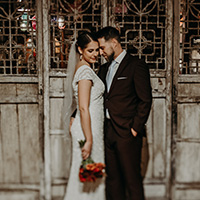 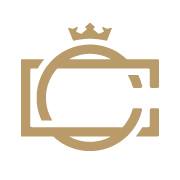 Colin Coleman Photography
Contact: Colin Coleman
About: I’m here to illustrate the story of you and your fiancé. Whether it’s romantic, funny, beautiful, or dysfunctional – I take the time to learn it. My favorite part about this job is getting to know both of you well enough to understand your personalities, likes, dislikes, and the overall dynamic of your relationship in order to give you the wedding photos you’ve been dreaming of. What you can be sure to get from me are timeless photos with a modern twist, and a personalized, absolute fun experience. ’14, ’15, ‘16 Lehigh Valley Style Featured Wedding Photographer. International Award Winning Photographer. Fearless Award Winning Photographer
Website: http://colincolemanphoto.com/
Email: info@colincolemanphoto.com
Tel: 814.312.3553
Facebook | Instagram 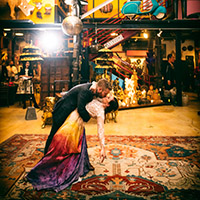 Moonloop Photography
Contact: Jim Coarse
About: Moonloop Photography is Jim Coarse and Joe del Tufo — we bring our passion for photography to every shoot. With over 25 years of combined professional photography, we believe that it all comes down to one thing- magical realism. We want people to see the beauty that is right in front of them, and have it revealed in creative ways.
Website: https://moonloopweddings.com/
Email: jim@moonloopphoto.com
Tel: (610) 812-8773 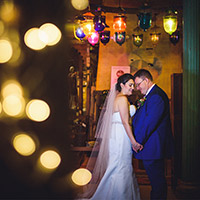 Martin Reardon Photography
Contact: Martin Reardon
About: My vision is to bring a distinct style of creative, contemporary photography to the discerning Philadelphia area couple. Though accomplished at serving weddings of all sizes, I am not a mass-production “studio.” Every one of my clients gets my personal attention, from our first contact to the last moment of your big day. Please visit my website and if you enjoy my work I would love to hear from you!
Website: martinreardonphoto.com
Email: martin@martinreardonphoto.com
Tel: 215-852-3250 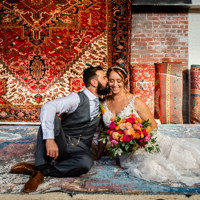 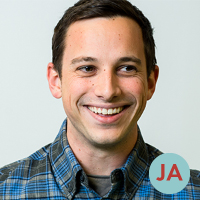 Joe Acchione Videography
Contact: Joe Acchione
About: In 2014, after making original films and professional videos for many years, I began to apply my interest in storytelling to creating authentic wedding videos. My filmmaking style is a blend of cinematic and documentary qualities. with a strong emphasis on music and emotional expression. My favorite moments to capture are honest and unplanned, so I like to stay in tune and shoot what happens naturally.
Website: https://www.joeacchione.com/
Email: joeacchione@gmail.com
Tel: (267) 242-6857 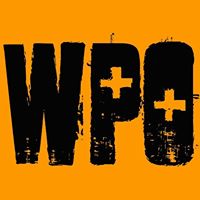 West Philadelphia Orchestra
Contact: Gregg Mervine
About: With a line-up of Philadelphia musicians whose influences range from Sun Ra to Bulgarian brass bands, West Philadelphia Orchestra is a unique live ensemble in today’s auto-tuned musical world. They began playing Romanian ballads, Macedonian folk-dance songs, Bulgarian wedding music, and Klezmer in late 2006, and have continued expanding their repertoire of Eastern European music. The band also plays original tunes which blend other sounds, like jazz and classical, together with traditional Balkan sounds. As much a community as a band, WPO’s performances are celebratory events. With blistering beats and walls of brass, they inspire audiences to hold hands, gyrate, howl, and otherwise slip the yoke of the homogenized culture industry.
Website: http://wpo.westphiladelphiaorchestra.com/
Email: westphiladelphiaorchestra@gmail.com
Tel: (215) 962-1032 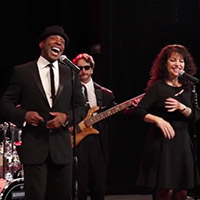 The Vincent James Band
Contact: Charles Interrante
About: Philadelphia’s #1 Rated LIVE Dance and Party Band & DJ, The Vincent James Band, has provided the most memorable and exciting entertainment for thousands of parties, wedding receptions and corporate events throughout Philadelphia’s Delaware Valley and from New England through New York, New Jersey and Delaware to Washington, D.C., and all along the East Coast. Featured articles in the Philadelphia Inquirer, Philadelphia Magazine, and word-of-mouth “Raves” from grateful clients and facilities, are just part of the reason for their great success.
The Vincent James Band is independent, not one from a pool of agency acts. Without paid advertising or performing to karaoke music tracks, this premier Philadelphia Party & Dance Band is one of the Delaware Valley’s busiest. Chosen by real brides and events professionals in nationwide polls, the Vincent James Band continues to receive the industry’s highest awards including “The Best of the East Coast” on The Knot, The Wedding Channel and Wedding Wire. Vincent James Band clients always remember their special event for years to come. Come party and dance the night away with your entertainment insurance policy – The Vincent James Band!
Website: www.vincentjamesband.com
Email: charles@vincentjamesband.com
Tel: 215.643.9898 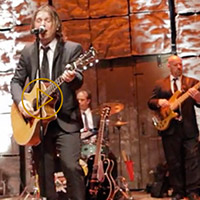 CTO Music Artists
Contact: Angelina
About: CTO Bands range from a 6-10-piece party trains that blends black tie elegance and night club dazzle. Between the relentless rhythm section, the exquisite musicianship, and the soaring three-part harmonies, you are sure to find something to be floored by when CTO takes the stage.
Website: https://www.cto.com/bands/
Tel: 877-286-6874

Ed Goldberg and the Odessa Klezmer Band
Contact: Ed Goldberg
About: The Odessa Klezmer Band, under the direction of Ed Goldberg, brings the joyous dance music of the Klezmorim (Jewish folk musicians) to mainstream America. The band has been in existence playing Klezmer music since 1984 celebrating the great variety and wealth of music heritage of Eastern Europe, Ladino, and Middle Eastern music, including polka and czardas! 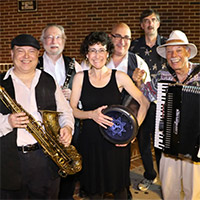 The OKB has played numerous fairs, festivals, weddings, bar mitzvahs, concerts, and dance dates throughout the NJ-NY-PA area, including Gracie Mansion and City Hall for NYC Mayors Giuliani and Bloomberg, and a tour of Israel. They are regular performers at the Kutztown Folk Festival and the Lakewood Blue Claws minor league baseball FirstEnergy stadium.

In 2011, the OKB was honored to perform a number of combined concerts with the Amir Ensemble, a Persian group, to promote Peace through Music. They also performed for the production of Gypsy Fest, at the Axelrod Performing Arts Center in Long Branch, NJ.
The band received the 2009 Just Plain Folks second place award winner for Best Klezmer Album “Who Stole the Kishka?!”. JPF is a community of more than 51,500 songwriters, recording artists and music industry professionals that provides a network of cooperation and inclusion for musicians. JustPlainFolks.org’ 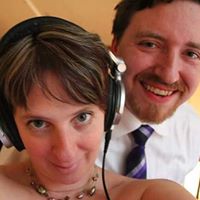 REVELRY
“The Party Professionals, DJs + Sound + Event Production”
Contact: Patrick Myers, The Party Professionals, DJs + Sound + Event Production
About: We are a husband and wife DJ and event production team with over 30 years of combined experience. We both DJed for many years prior to meeting each other (having actually met at one of Patrick’s events), and since then we’ve been DJing and organizing events for 10 years and counting. We’ve played weddings, birthday parties, graduation parties, block parties… in historic mansions, country clubs, art galleries, nightclubs and campgrounds. We love DJing, we love sharing music with other people, and we love doing it together. 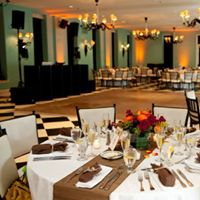 The Untouchables Entertainment Dj
Contact: Greg Schubert, Untouchables Entertainment Group
About: In 1990, Untouchables DJs got off the ground by doing many various school dances, and many of these schools still use our company to this day. I always loved being a DJ and quickly realized my passion for this business. In 1998 I started offering more to meet my client needs such as lighting, karaoke, PA rentals, etc. Due to the increase in demand for my services, I changed the name of the company to Untouchables Entertainment Group. It was clear we were on the right track as our clients did nothing but rave over our work. I always wanted to keep the focus on one thing, providing excellent entertainment. 20 years later we are still doing just that, and we are able to do so by keeping a small staff or experienced entertainers that provide personalized service for each and ever client.
Website: www.untouchablesdjs.com
Email: info@untouchablesdjs.com
Tel: 215.368.4868 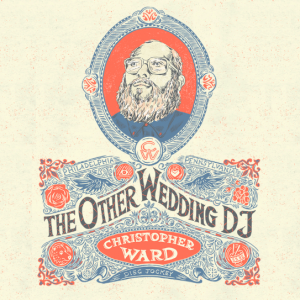 The Other Wedding DJ
Contact: Chris Ward
About: I’ve been a touring drummer for the last decade with Pattern is Movement. I’ve had the pleasure to share the stage with artists like The Roots, St. Vincent, Dirty Projectors, Shabazz Palaces and tour all around the world. I’ve also been booking shows for years at Philly’s own Johnny Brenda’s. My life revolves around music and that is why I love to DJ. You might wonder – what makes me The Other Wedding DJ? Well, I’m not your traditional wedding DJ. I won’t be playing ‘The Electric Slide’ nor will I be bringing any props (see: inflatable guitars, saxes, etc) with me. The way I see it, I’m just hosting the best dance party you’ve ever been to and it just so happens to be your wedding. I’ll be spinning Motown, Michael Jackson as well as TLC, Ashanti and A Tribe Called Quest just to name a few. All of my years of listening to and performing music has helped me hone the ability to read a crowd and when I’m spinning a wedding – my focus is to get and keep the party going.
Website: https://theotherweddingdj.com/
Email: info@theotherwedding.com
Tel: 609-980-9073 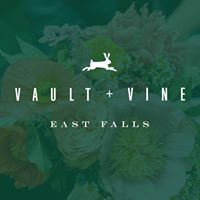 Vault + Vine Falls Flowers (Previously Falls Flowers)
Contact: Peicha Chang
About: We’ re so excited to share Vault + Vine with you! It has been a massive labor of love and is the manifestation of an outpouring of your support over the past 7.5 years for our former flower shop, Falls Flowers. Our new retail space offers everything you know and love, and then some!
Address: 3507 Midvale Avenue, Philadelphia, PA 19129
Website: https://vaultandvine.co/
Email: hello@vaultandvine.com
Tel: 267.331.6292 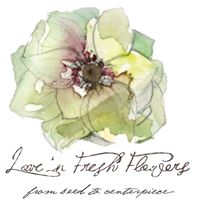 LovenFreshFlowers
Contact: Jennie Love
About: An organically-managed, urban flower farm and event floral design studio in Philadelphia, Love ‘n Fresh Flowers works exclusively with locally grown elements. Their flower farm, full of vibrant life and color, is just four miles away from Material Culture, making them an excellent choice for highly unique flowers that are also highly sustainable. Jennie and her team love working with couples who are seeking less traditional decor. They also happen to love shopping at Material Culture so you can rest assured that they are very familiar with our eclectic, multicultural interior!
Website: http://lovenfreshflowers.com/
Email: info@lovenfreshflowers.com
Tel: 215.804.9056 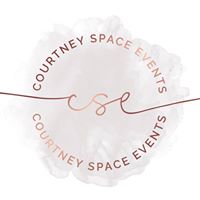 Courtney Space Events
Contact: Courtney Space, Owner
About: Our team has been planning and coordinating events for almost a decade. We specialize in stressfree events. With your input and vision as our guide, we’ll take on the details, deadlines, and direction making it possible for you to enjoy your special day. At Courtney Space Events we know the importance of celebrating the present moment with the people around you
Website: www.courtneyspaceevents.com
Tel: 267.266.0448