It Once was Another Lifetime, by Seth J Hersh

It Once was Another Lifetime, by Seth J Hersh 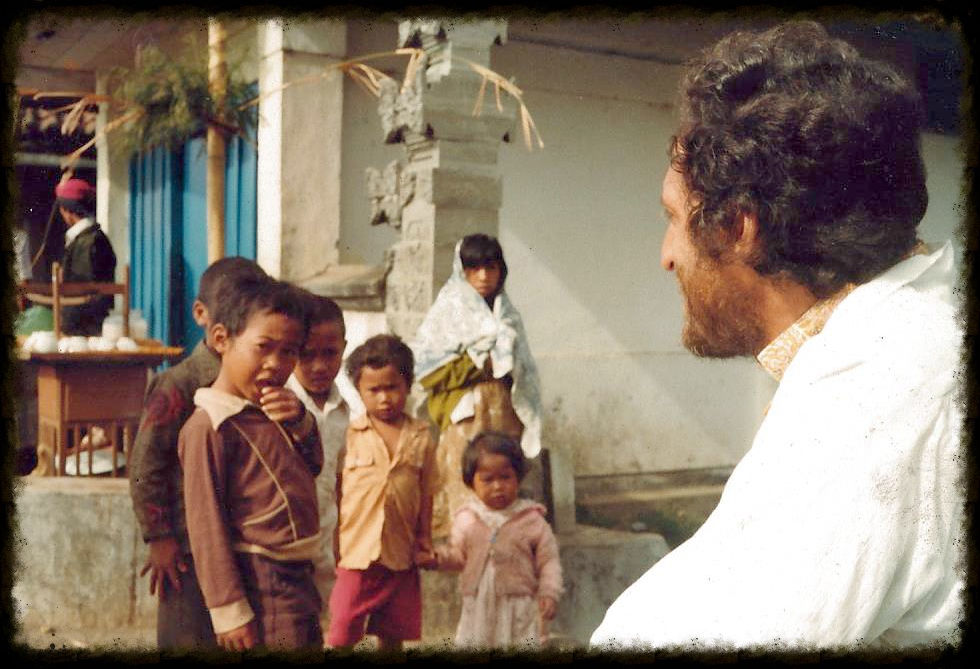 A significant portion of my life was spent in Indonesia. I went to Indonesia as a drilling engineer in 1972. Those were heady days: two years out of college, working 24/7 for a week, running an offshore drilling rig in the Java Sea. Oil priced at $3/barrel!

On my free time–I’d work a week offshore and take off for a week–I would scour the antique shops in Jakarta, where I often found myself going through piles of exotic weavings and batiks. And there were many! Indonesia is a country of islands, each with its own distinctive culture, textile style, design and expression. Java. Bali. Flores. Sumba. Roti. Sabu. Lomblen. Kalimantan/Borneo. Sumatra. Sulawesi. These are a few of the many. 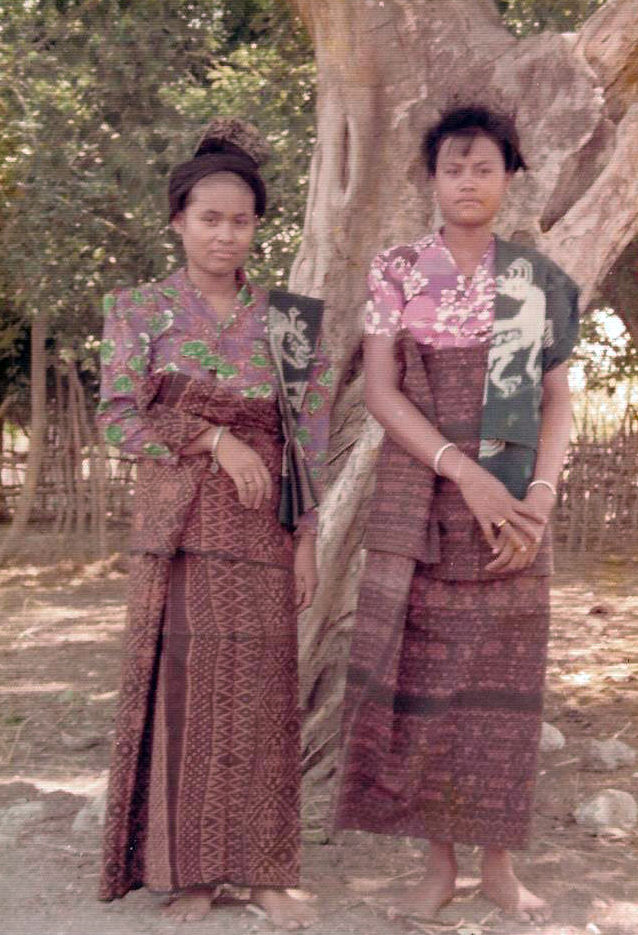 Sumba Women Dressing Up in Sarongs from Flores

In 1975, I quit my job as a drilling engineer and with six months left on my residence visa (Time is a big bonus when travelling Indonesia’s far-flung archipelago.), I headed east to Sumba, the island which had the boldest artwork for my untutored eye. I knew very little about ikat weavings but there was a strong urge for “destination Sumba”. I travelled overland and by sea, through 3rd class trains in Java, crossing the dangerous sea between Bali and Lombok, traversing the entirety of Sumbawa in the back of a large truck, sailing silently past Komodo from Ruteng in western Flores. Finally, I was dropped off in Waingapu, the main port city of Sumba.

Sumba resonated with me. Its animism woven artistically into its distinctive ‘blankets’. Large, bold patterns of intricate ikat weavings dyed into skeins of handspun cotton warp threads BEFORE it was ever woven. 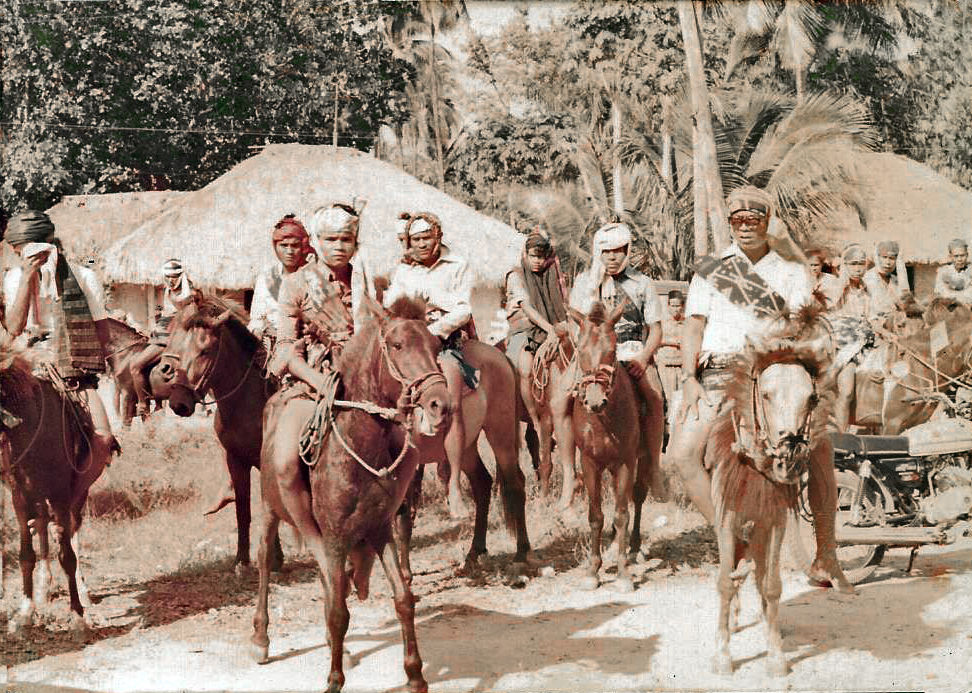 I returned to Sumba many times, becoming known as “the Sumba guy” among my dealer contemporaries. Even in Sumba, there were stylistic differences between villages. Rende had its neat, precise ikatting technique; Kanatang its tightly packed, “no dead space” designs, West Sumba, where I experienced the strongest animistic beliefs, had only a plaid weaving, devoid of any overt symbolism.

When I quit the oil business I began exporting high-karat 22K gold Indonesian jewelry from Sulawesi, financed by an unusual gold-investment program. I shared a house in Sulawesi with a UN doctor who worked with leprosy. Sulawesi and, specifically, Ujungpandang (formerly Makassar), the city where I lived, was one of the last two areas in the world where leprosy remained rather common. 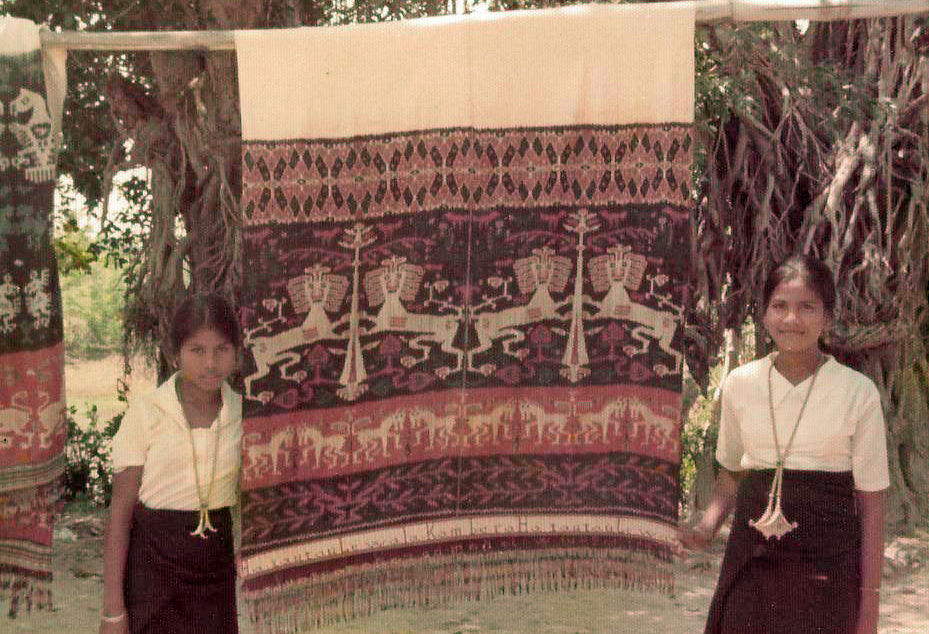 While waiting for the entirely handmade jewelry to be produced (the finest gold filigree in the world came from Sulawesi, I discovered.), I travelled to remote parts of Indonesia, mostly to the eastern islands, looking for antique textiles: ikats, batiks, and double-ikats in Bali (famously known as geringseng, including an early 20th century example in the auction). There are only two places in the world that weave serous double-ikat textiles: Gujarat, India and Tenganan, Bali.

The words ‘ikat’ and ‘batik’ are Indonesian words, suggesting they originated there. To be sure, nowhere else in the world is batik and ikat produced of a quality that approaches the skill and art found in Indonesian examples. 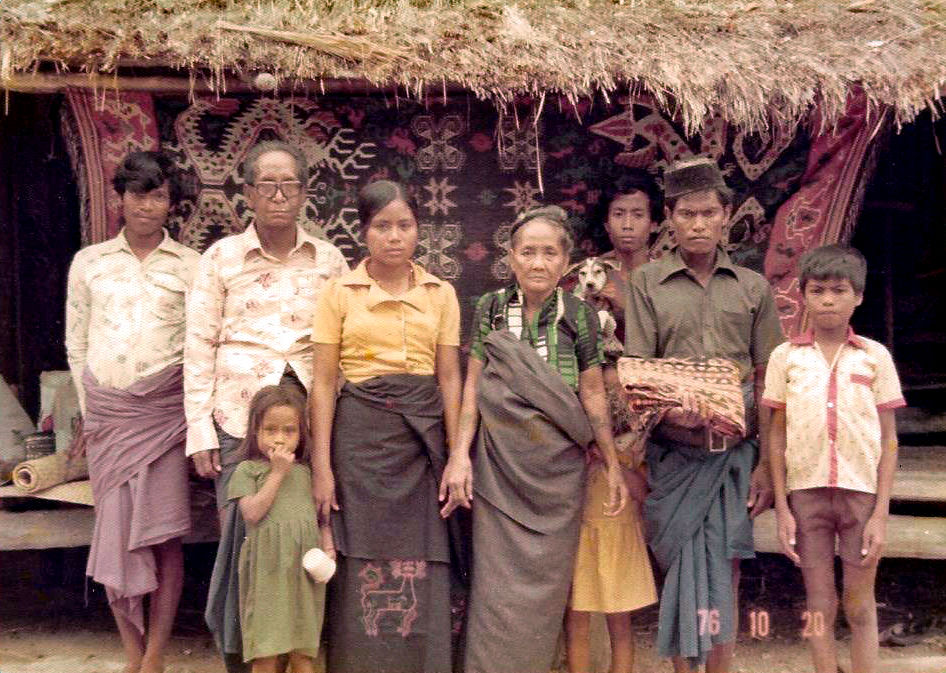