Join Us On A Video Stroll 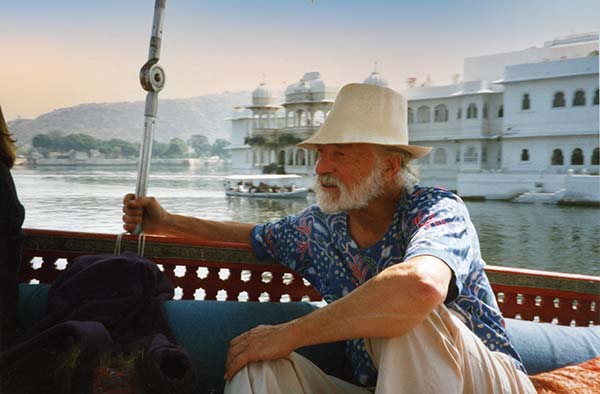 Carol Summers (1925–2016) of Santa Cruz, California, was an American printmaker, well known for creating works by woodcut process. He created his art through a method he developed in the 1950s that became known as the ‘Carol Summers technique’: soaking large blocks of wood in ink, he placed them in patterns on one side of a piece of paper in order to give beautiful, glowing, richly colored shapes to the other side. Looking at Summers’ work, it is not hard to understand why he was drawn to the vibrancy of color in the folk textiles of India. Beginning in 1974, Summers made many trips to India with his wife, Joan, first to present workshops as an artist, eventually to lead tours, and to collect textiles. His collection has all the hallmarks of someone who hunted with an artist’s eye for the piece that stood out in a crowd. Three catalogues of the Carol Summers Collection were published during his lifetime, in which the majority of the pieces in the sale are featured. They include A Treasury of Indian Folk Textiles, 2002; Another Treasury of Indian Folk Textiles, 2006; and Yet Another Treasury of Indian Folk Textiles, 2013.

Please Note: There Are No Hidden or Confidential Reserves; All Acceptable Bidding Commences at the Online Start Price. We Sell Approximately 60-80 Lots Per Hour.

Shown below are a small sampling of lots. Please go to one of the online portal links above to view the entire auction catalog. 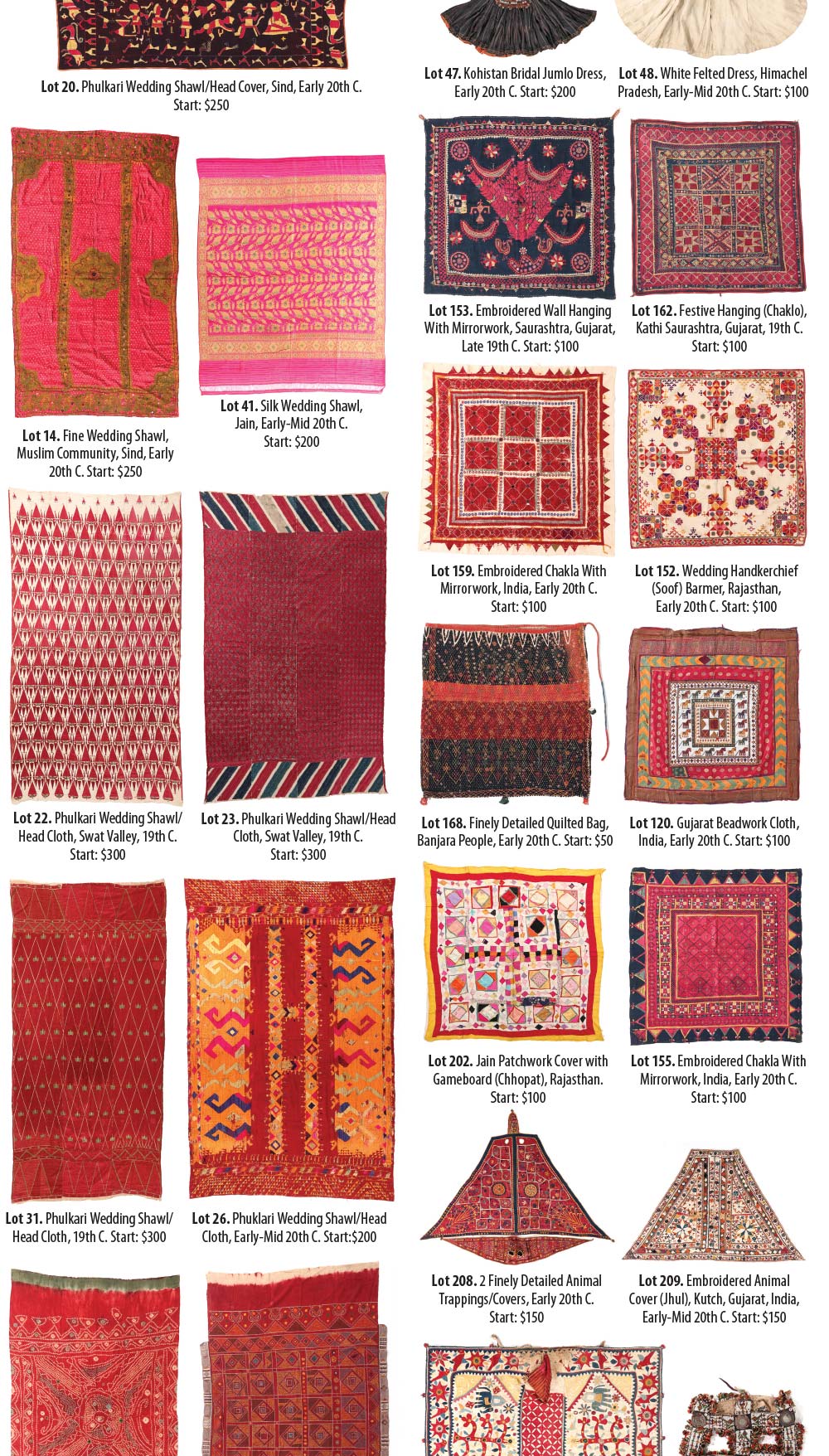 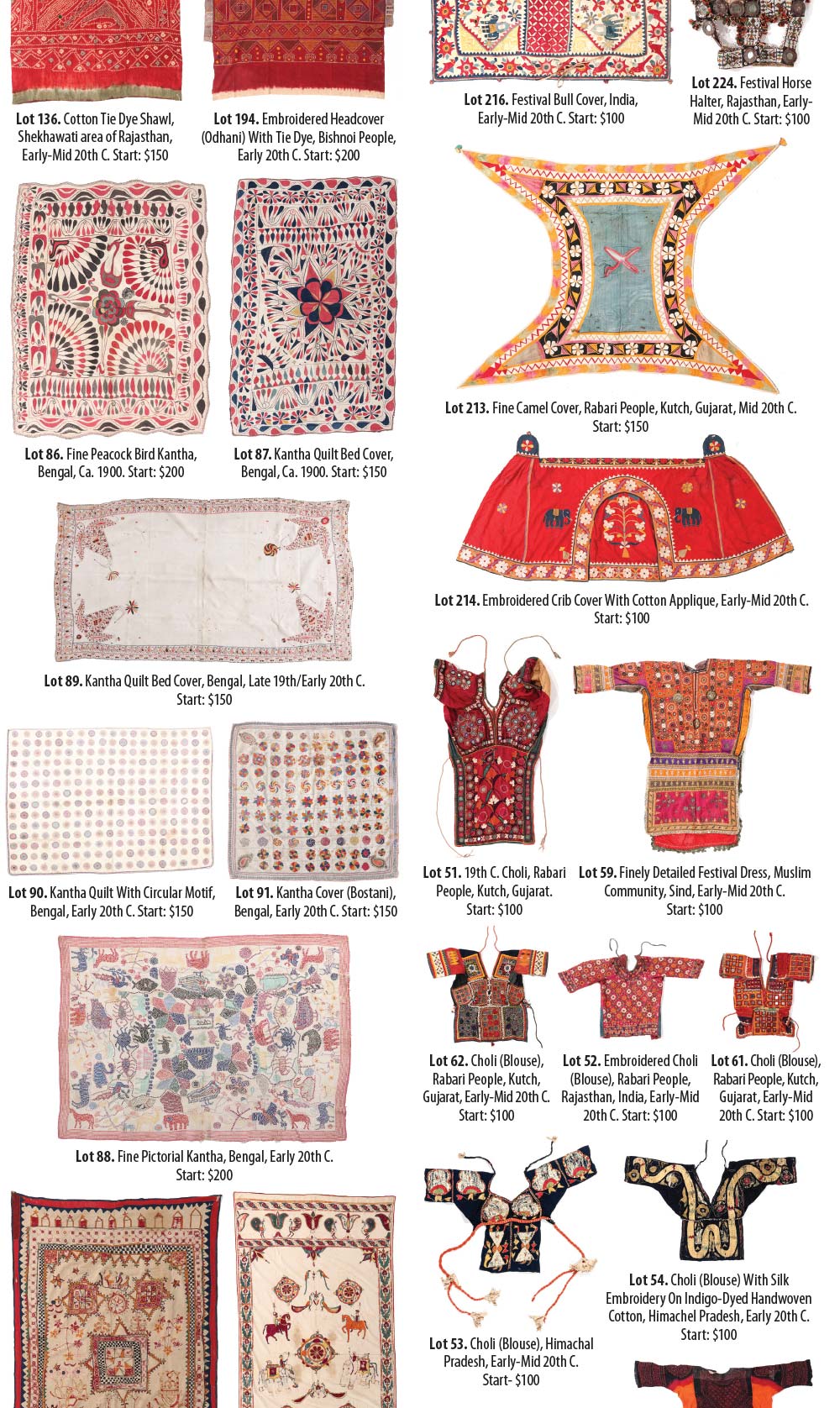 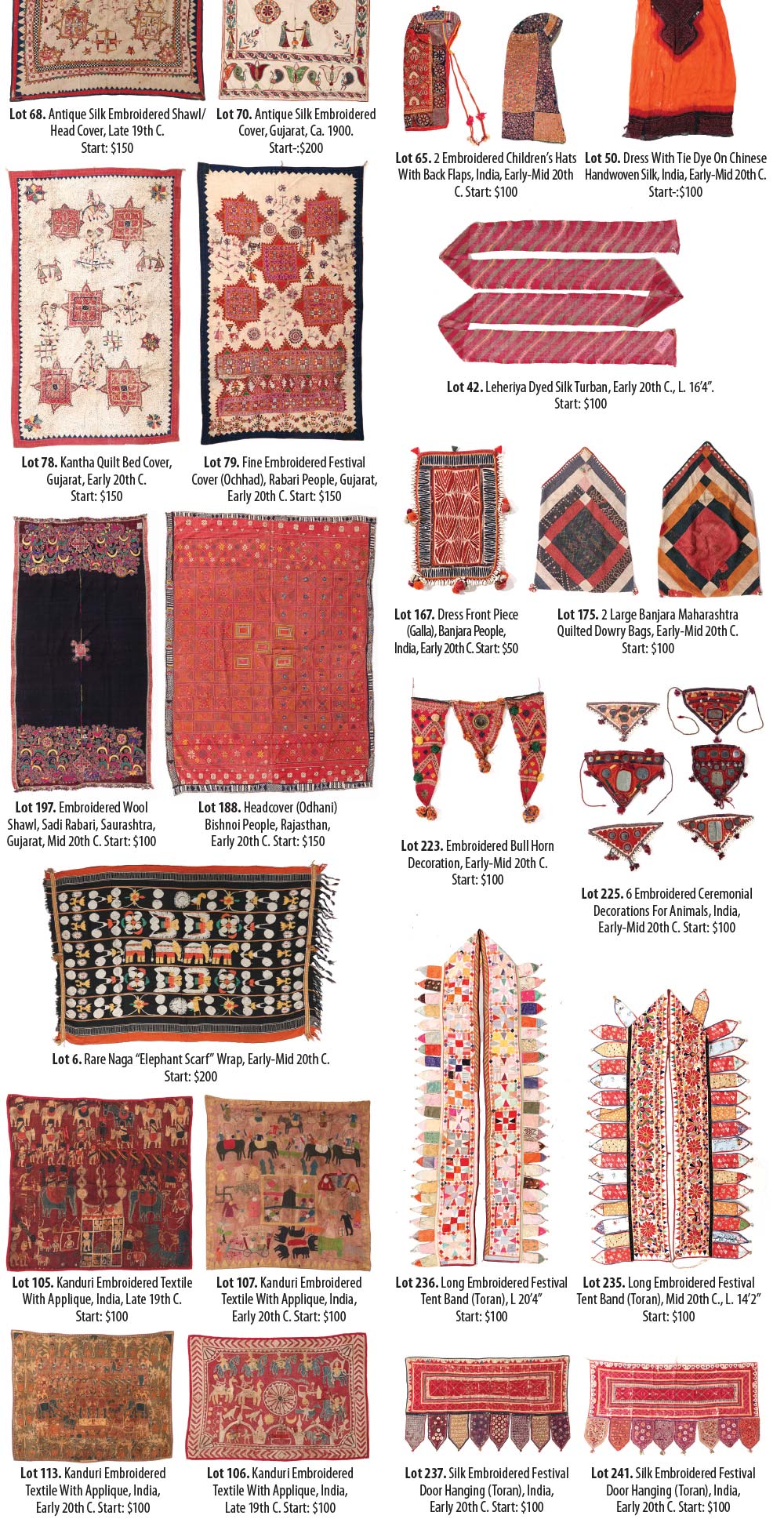