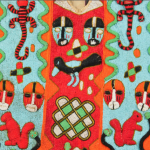 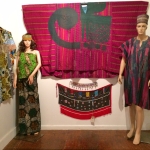 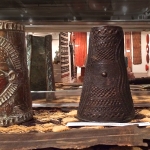 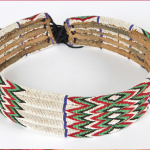 Prior to trade with the Europeans, traditional costume was made primarily from materials at hand—leather from animals, hand-woven textiles, textiles made from natural fibers, feathers and seeds, and objects fabricated from metals. The use of beads to make and adorn costume in Africa was the result of trade with the Europeans that dates to the 1500s. The Europeans used the glass beads as ballast in slave/trade ships for the outbound trip and then traded them for human cargo as well as ivory, gold and other goods desired in Europe. Trade beads became a highly valued currency in Africa because of the value African people placed on decorative items. The beads were subsequently used by many ethnic groups across the continent to embellish clothing, jewelry and other cultural objects and communicate wealth and status. Each ethnic group developed its own style and language around beads such that beadwork became a means of identifying different African cultures and identifying individuals within each culture. For instance, in the Yoruba culture, beadwork was reserved for members of royalty. In other cultures, certain types of beadwork were reserved for married women and in others only for men. Whole mythologies grew up around beads as well. For instance, in the Masai culture, the colors of the beads had great importance. Blue represents the sky and therefore God, green, the grass, a sacred element revered because it nourishes their cattle, red symbolizes the blood of the cattle and white their milk. Interestingly, the Christian missionaries who settled in Africa tried to counter the spiritual importance of beads by preaching that beads were the tools of the devil. They worked vigorously to end many of the customs associated with beadwork ornamentation. To this day in South Africa you can distinguish which villages had mission settlements and which did not by whether the beadwork traditions of the indigenous peoples survive. 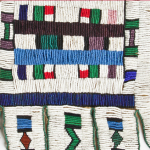 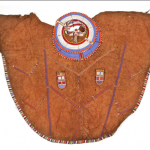 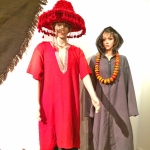 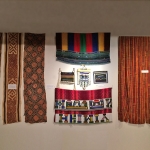 While “trade beads” were widely used as currency following the arrival of the Europeans, a variety of objects made in metal as well as cowrie shells were used as currency prior to their arrival. Unlike coin and paper currency of today that draws its value from the government institution that issues it, items of currency in pre-colonial Africa were valued first as items of either spiritual, decorative or practical import and it was this value that then rendered them worthy of acting as “currency”. For instance, the cowrie shell was prized because it symbolized fertility and was thought to offer protection from evil. It is because it was thought to have such powers that it was subsequently designated an acceptable currency. Similarly, the hoe was prized for its practical value in agricultural societies in Africa to such a degree that it was deemed to be acceptable currency. While the cowrie beads were used in every day trade, many of the early metal African currencies were used only to “purchase” large items such as houses, brides, or slaves. Many of the currency bracelets were used only as dowry pieces to show the wealth of the man getting married. The heavier the bracelet worn by the woman the less able she would be to work and so the wealthier she must be. Interestingly, in the height of the slave trade, European countries were producing metal currencies that mimicked the African made metal currencies and using such currencies to trade in Africa for slaves. With the rise of influence of the colonial powers and the emergence of “countries” in Africa in the late 1800s the currencies issued by the colonial powers and the new African countries became more accepted and use of the traditional currencies diminished. While the use of traditional currencies in transactions is practically unheard of today, its symbolic importance and use in important village and family ceremonies is alive and well. 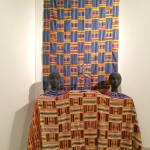 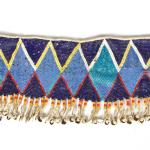 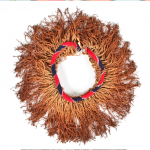 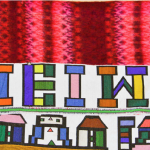