Area women talk about the garment’s meaning; Philly exhibit explores the history of why and how women wear them

From The News Journal, Wilmington, DE
By Margie Fishman
Dec 1, 2013

Wajeeha Choudhary began covering her hair at age 15. Adolescence was a tumultuous time, she remembers. Her hijab, or headscarf, protected her from the male gaze to some degree, while allowing her intellect and personality to shine through.

“I saw it as a point of stability in my life,” says Choudhary, a Muslim. “I started donning it and I had a better sense of myself and my identity.”

Now a doctoral student at Drexel University who lives in Media, Pa, she studies how veiled Muslim women negotiate the workplace. While critics argue that the tradition of hiding a woman’s physical beauty is draconian or oppressive, Choudhary believes society’s obsession with appearance is the real injustice.

“Think about how much pressure there is in our society for women to be portrayed as beautiful,” she says. “It just gets tiring – to constantly be on the watch of how you look every minute of the day.”

“I find that oppressive.”

For centuries, a woman’s veil has revealed more about the wearer than it has concealed. The garment is steeped in cultural tradition and can signify wealth, social status, religious values and ethnicity based on the type of fabric, embroidery, color and embellishments used.

“You learn to read it and it really tells you a lot about the woman,” says Isabella de la Houssaye, a Princeton, N.J., resident who collects veils from around the world.

A sizable portion of her collection – more than 50 veils from far-flung locations in Africa and central and southern Asia – is on display through Dec. 29 at Material Culture, a global antiques and furnishings store in Philadelphia co-owned by de la Houssaye.

She titled the exhibition “The Veil Code,” but viewers are encouraged to decode the velvet paranja cloaks and horsehair face masks.

The veil collection is one of the largest ever assembled locally, according to de la Houssaye. Recently, an Afghan diplomat based in Washington, D.C., made a special trip to view the pieces, she says, some of them at least a century old.

Several items are available for visitors to try on, including a modern black Afghan burka with a sliver of an opening for the eyes and a Raishaida tunic and veil from Yemen.

According to Rashaida culture, a girl interested in a prospective husband may coquettishly lift her veil to reveal her chin. If the man accepts, he must locate 100 camels for her bride price.

Each veil has a distinctive jingle, notes de la Houssaye. Dark green beads were thought to prevent post-natal disease, while tassels warded off the evil eye.

Cowrie shells brought fertility and prosperity. Heaps of silver coins on headdresses signified the groom’s investment in his bride. After the wearer died, some veils were hung beside the body and then cut up into pieces to shield family members from danger.

Tuaregs, who are Berbers who live in North Africa, require their adult men to cover their heads and faces with an indigo-dyed cloth called a tagelmust, which is also on display. Apart from the practical benefits of preventing sunburn and sand inhalation, the indigo from the tagelmust builds up in the wearer’s skin over time and is considered healthy and beautiful. It’s why these nomads are called the “blue men of the desert.”

A former high-powered lawyer and investment banker, de la Houssaye, 49, began collecting veils during a visit to Egypt in 1999. Two years later, she spent $10,000 on veils at a museum in Amman, Jordan, that was closing. On the way back home, she spent a day in an Egyptian jail after being accused (in broken English) of money laundering.

The mother of five now shops online and through local scouts. She has curated other small exhibitions in Princeton based on her expansive collection, which includes jewelry, textiles, African tribal masks and beetle nut containers.

For an item to enter her collection, it must have a “purpose,” she says, illuminating a truth about another culture.

While branches of Judaism and Christianity encourage women (and men) to cover their heads as a token of modesty or out of respect to God, Islam is most often associated with the veiling culture.

Still, there is debate over whether the Quran, the central religious text in Islam, explicitly requires it. One passage says women should “draw their veils over their bosoms” and not display their beauty to potential mates.

Over time, veils have been used as a political tool. Turkey, a mostly Muslim nation, outlaws headscarves in government offices and universities.

In Iran, a woman can be beaten or killed for not covering her hair.

In the U.S., complaints of discrimination against veiled women spiked with anti-Muslim sentiment following the Sept. 11 terrorist attacks, according to the Council on American-Islamic Relations in Washington, DC.

Several U.S. companies have been reprimanded in court for forcing workers to remove their headscarves. In 2010, the Delaware Division of Motor Vehicles apologized after workers mistakenly told a 16-year-old girl she had to remove her headscarf for her driver’s license photo.

“What we see now is individual prejudice rather than institutional prejudice,” says CAIR spokesman Ibrahim Hooper. The council estimates there are more than six million Muslims living in the U.S.

Ismat Shah is a professor of physics and astronomy at the University of Delaware who also advises the Muslim Student Association. Only a few members wear head coverings, he says.

Shad, a Muslim, thinks veils are rooted in male chauvinism, but he feels they should neither be outlawed nor required. In France, he notes, face veils are banned in public but nude beaches are condoned.

The backlash against veils has caused some to reclaim the hijab (pronounced hee-JAHB) as an expression of personal style. At West Philadelphia’s The Islamic Place, one of the largest local sellers of veils, women coordinate their slip-on and wraparound hijabs with their outfits and the season. Popular colors right now are chocolate brown, charcoal and teal, according to manager Ahmad Amen.

Similarly, brides-to-be from all faiths commission custom veils from Melissa Collins in Dover to get noticed rather than retreat under a veil of purity. Blushers, which cover the face, are out, she says. In their place: Showstopping birdcage and fingertip veils trimmed with crystals, lace and pearls.

“They want the veil to complement their dress and personality,” adds Collins, who owns Alexandra’s Custom Veils and Accessories.

For Choudhary, her hijab has opened “more doors than closed.” Growing up, she says, other students would tug at her headscarf to try to pull it off. Eventually, she earned their respect.

Amna Latif, director of the Tarbiyah Islamic School of Delaware, agrees. She has worn a face veil, or niqab, for more than a decade, only taking it off in the presence of immediate family or when she is in a group of women.

The wives of the Islamic prophet Muhammad covered their faces, Latif says, symbolizing a higher level of piety. After she got married, Latif told her husband she wanted to wear the niqab in addition to her hijab.

“Whatever brings you closer to God,” she recalls him saying.

Latif began wearing a headscarf in tenth grade while attending Catholic school in Pakistan. It discouraged the men and boys from flirting with her, she recalls, which felt liberating.

“When I was not covered, I could see that I was considered a sexual object,” she says.

“Like a diamond ring,” she continues, “it’s something precious. And you want to keep it precious.” 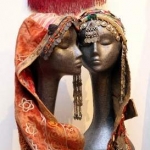 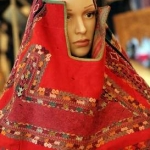 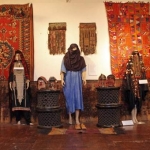 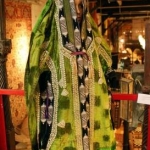 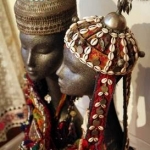 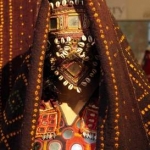 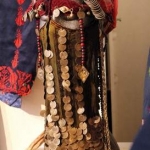 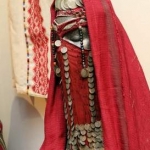 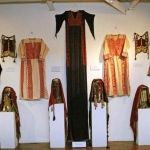 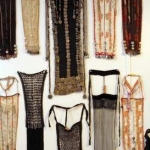 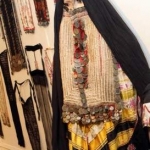 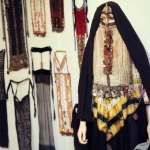 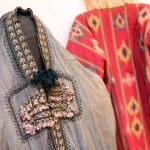 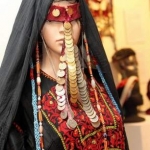 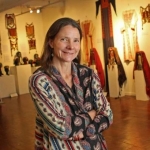 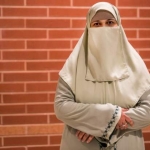 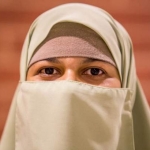 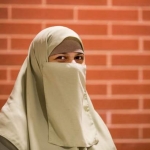 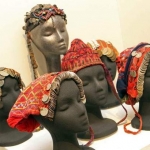