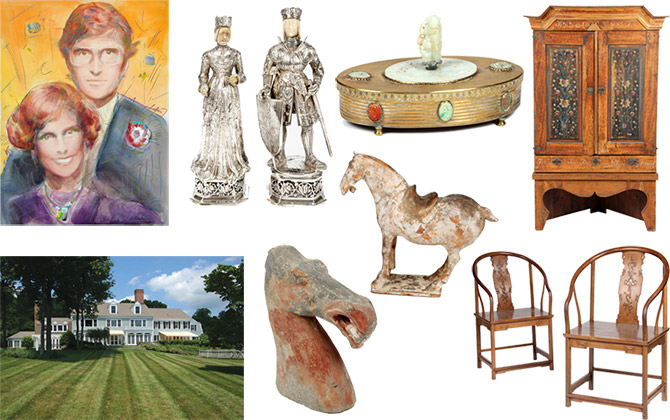 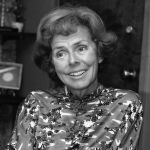 Material Culture is pleased to offer at auction a fine selection of several hundred items from the Eileen Ford estate. Called the grand dame, doyenne and mother of the modern modeling industry, Eileen Ford shaped our standard of beauty for decades as a co-founder of Ford Models, one of the most important and influential modeling agencies of the twentieth century. Not only was Ford Models the number one modeling agency in the world, Eileen enforced fair pay and practices in an industry that had long exploited models, transforming modeling from a hobby to one of the world’s most glamorous careers. She was also known for a strict but motherly approach, compelling her models to their own standards of professional behavior and healthy practices.

Born in Manhattan in 1922, Eileen was a model herself during her years at Barnard College, working with one of the first modeling agencies in the US. She met the man who was to become her husband, Gerard “Jerry” Ford, in 1944 and they eloped in the same year. Jerry, who was in the Navy, was shipped abroad to fight in WWII, and a pregnant Eileen began working as an informal secretary for several models. In 1947, they founded Ford Models, working at first out of Eileen’s parents’ home, and eventually selling their car to afford the move to a third-floor walk-up office.

But from these humble beginnings, Ford Models continued to grow through Eileen’s relentless work ethic. By the 1960s, Ford Models had branches in Paris, London and Hamburg. Its dominance was threatened in the late 1970s by Elite Model Management, leading to what was dubbed the “model wars,” but Ford Models continued to expand and flourish, with revenues reaching $40 million per year in the 1990s. The list of famous models represented by Ford across the decades is truly staggering; to name only a few, Eileen Ford can be credited with launching the careers of Christie Brinkley, Cheryl Tiegs, Jerry Hall, Suzy Parker, Elle Macpherson, Jane Fonda, Ali MacGraw, Candice Bergen, Rene Russo, Kim Basinger, Lauren Hutton, Sharon Stone, Melanie Griffith, and Brooke Shields.